WARNING! Survivors/Victims of Dissociative Identity Disorder (DID) formerly MPD EXIT  PAGE & BLOG NOW! IT IS FULL OF TRIGGERS. We wish you well in your recovery…

Note proliferation of items; coats, dresses, hats, gloves, hosiery, handbags, scarves and of course shoes. Expect to see everyday women and girls decked out head-to-toe in, tiger, zebra, cheetah, giraffe and of course LEOPARD — the favorite of  MK-Ultra Mind Control Prog’mrs everywhere. The fashion industry functions as yet another mind control project of Tavistock Institute — a massive game of “Simon Says” wear this, wear that. BTW if everyone’s wearing it… it can’t be YOUR  look…so much for individuality — you’ve been PROGRAMMED!

Readers need to be mindful this is not just some fashion trend decided on the whim of some clothiers, but as with most societal trends, this is ordered and directed by Tavistock Behavioral Research Institute, the official brainchild of Monarch Mind Control Prog’mg (euphemistically termed Behavioral Science). Whenever you see mass marketing of certain items or themes you can be sure Programmers at the City of London based Behavioral Research Institute and their global affiliates Stanford Research Institute (SRI), MIT, Rand Corporation are lurking in the shadows — all under the banner of national security, protected by NSA (Natl. Security Agency), facilitated by Unified Intel Agencies; alphabet spooks (CIA, MI6, Mossad et al.)

DISCLAIMER: Moderator is not suggesting in any way that all women wearing animal prints are Mind Controlled Slaves — that would be silly. I am stating that the proliferation of animal prints IS NOT accidental, rather a planned strategy to saturate culture with sexualized imagery for further distraction.

MK-Ultra BETA (Kitten or Cat) Alters are programmed into children selected to be Monarch Slaves at very early ages in the most sadistic manner. Some are sold into system (Brice Taylor aka Susan Ford) while members of multi-generational Monarch families are birthed specifically for this purpose (some traumatized in-utero) e.g. Cisco Wheeler &  Sarah L. Palin — having been selected on based on their ability to endure severe torture which creates dissociative identity disorder (DID) formerly MPD. Animal prints are used to identify and reinforce alters released (triggered) causing ALL sexual inhibitions (moral and physical) to be removed for full access by whom ever has codes (keys) to unlock Charm School mind files. MK-Ultra BETA Sex Kittens are told by Prog’mrs they have “hearts of stone” and are programmed for…

ANYTHING, ANYTIME, ANYWHERE, w/ ANYONE!

Some might see this as the perfect male fantasy…some of the most beautiful women in the world turned into robotic willing slaves for your pleasure and profit, believing their sole purpose in life is to serve ONLY you and your Occult-Masonic brethren. Could you inflict or witness the gut-wrenching ritual rape/torture these women poor souls are subjected to since childhood in order to create dissociative identities?

Think about your wife, daughter or young child under your care being forced to submit to this and other sadistic forms of ritual sexual abuse to condition her mind into total subservience, turning her into a Marionette Sex Doll. Think about her being abused her entire life by degenerate Prog’mrs/ Handlers, because that is what we’re dealing with here. Global Management Team Players masquerade as upstanding people, pillars of the community, devout clergy, disciplined military leaders, brilliant medical practitioners, astute academicians, captains of industry, worldly financiers, responsible gov’t officials who are above reproach. A lifetime of brutal sexual submission to putrid masses of flesh like Rothschild’s, Rockefeller’s and Henry Kissinger’s of the world — between assignments as courier of coded Intel, blackmail artist (honeypot), drug mule, being pimped out randomly to line pockets of sadistic handlers — pardon me while I vomit!

“We are grateful to The Washington Post, The New York Times, Time Magazine and other great publications whose directors have attended our meetings and respected their promises of discretion for almost forty years. It would have been impossible for us to develop our plan for the world if we had been subject to the bright lights of publicity during those years. But, the work is now much more sophisticated and prepared to march towards a world government. The supranational sovereignty of an intellectual elite and world bankers is surely preferable to the national auto-determination practiced in past centuries.”  —  David Rockefeller Sr., Fndr Trilateral Commission, June, 1991

“The two enemies of the people are criminals and government; so let us tie down the second with the chains of the Constitution so that the second will not become the legalized version of the first…”

Jefferson knew all too well about the secret cabals (Jesuits, SMOM Knights etc.) that rule over men, those the corporate controlled media pretend don’t exist, and the uniformed dismiss. The global banksters and their minions who have literally bought all (3) branches of gov’t, placed us in a military quarantine, and are tightening the noose w/ their electronic wizardry…

Julie Newmar: starred in short-lived 1960’s show  “My Living Doll” as Rhonda The Robot – an on-air showcase test model for diabolical MK-Ultra Monarch Programming. The show features blatant use of  base MK programming  used to  “spin”  (switch alters) her before live studio audience howling in laughter. Her programmer is an Air Force psychologist (read MK Prog’mr) who “spins the Kitten” to his delight. The MK’d set design is obvious, even in black and white. This show served as test module for similar shows to come like Bewitched w/Elizabeth Montgomery & “I Dream Of  Genie” w/Barbara Eden.  Dialogue is replete w/double entendres and Occult-Masonic coding.  Julie displays obvious dissociative states as her handler/programmer smugly uses her for a variety of gags, demonstrating how easy it is to control a human robot. MK’d BETA Sex Slave Kittens are often multi-talented; singers/dancers/musicians etc.  The more “alters” (resultant from extreme torture) the more useful to Global Mgt. Team as tools of distraction, change agents, drug mules and couriers of coded Intel. How many people suspect their favorite Hollywood starlet is actually a Mind Controlled Slave enduring unimaginable ritual torture?

The show opens w/blatant Occult-Masonic symbolism. Julie went on to star as Catwoman in the original Batman television series, w/ MK’d “Kitten” or “Cat” alters  in full effect.  Another badly kept Hollywood secret is that every actress to play Catwoman in Batman series has been a Monarch Prog’md Multiple — Julie Newmar, Eartha Kitt, Lee Meriwether, Michelle Pfeiffer and Halle Berry – another poor soul and obviously traumatized MK’d Beta Prog’md Sex Kitten. Who can forget her arrival  on red carpet, resplendent in her “emerald green” bejeweled MK’d Kitten wear; the first woman of color  to receive  Best Actress Oscar for “Monsters Ball” where she was traumatized on screen by Billy Bob Thornton? What we think is “brilliant acting” is NOT — we’ve been munching overpriced crap while witnessing reinforcement of deep trauma-modes on-screen, presented as entertainment — Hooray For Hollywood!  Since the 1950s, these vile Zionist beasts in Hollywood have been reaping obscene profits, laughing at us, as we watch them repeatedly reinforcing trauma — Have you noticed Hollywood directors just love rape scenes…

One of the first Hollywood mega-star Monarch Slaves was Marilyn Monroe (born Norma Jean) a Diamond Presidential Model “fully functional in all rooms” — who literally lived in a “house of mirrors”.Marilyn displayed obvious dissociative states, had numerous black outs, bouts of depression, robotic manner, tiny whisper of a little girl voice w/Beta-programming Sex Kitten alters fully on display. Marilyn Monroe was Prog’md by Bob Hope and handled by “ole blue eyes” Frank Sinatra among others and seduced millions of men for decades w/out ever being suspected of being a human robot/sex toy for degenerate elites that run/own this country. Norma Jean was ritually used/abused as a sex slave, drug mule, courier of coded Intel and go-between for elements of Murder Inc. and U.S. Gov’t (Global Mgt. Team) until she “flew too close to the flame” and had to be eliminated. She is the prototype Hollywood mega-starlet and continues to be a Monarch Slave model  for up-n-coming wannabe mega-stars.The Material Girl (Madonna) began her meteoric rise paying homage to Marilyn’s “Diamonds Are A Girls Best Friend”  w/her send up. Marylin Monroe’s estate continues to generate lots of cash for greedy/degenerate Zionist-Prog’mrs/Handlers…their greed knows no bounds!

The over sexualizing of young girls has reached the absurd level, w/child pageants, functioning as PEDO flesh markets, where underage MK’s cheered on by sadistic parents looking for big cash paydays, audition by performing “pole dances” wearing stripper gear, gobs of make-up and heels, then sold or traded by degenerate Prog’mrs salivating in the audience…

Tragically, these children’s  lives (minds) have already been stolen — they exist only to pleasure the truly depraved among the gilded Hollywood-Political-Military Apparatus. Prog’md and Handled by their celebrity parents, used/abused, shuttled from one after-party to another, they remain in high demand among Hollywood-Political-Military circles. Where’s 60 Minutes, 20/20, Frontline and all other so-called investigative journalists on this? Trapped in the vile MK-Ultra Monarch Mind Control Program, like birds in gilded cages, surrounded by the trappings of wealth, no one cares…

…the giant fake hair, gobs of make-up, false eyelashes, spray-on tans, age inappropriate clothing, false teeth and Mommy’s command to “flirt with the judges” (whore it up!)  is ALL  Sexual Programming…

…the primary producer of  children’s Mind Control Prog’mg content on the planet, is none other than… 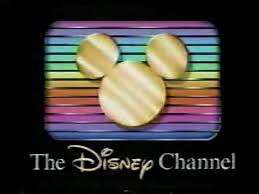 The Disney Channel functions as an on-air  PEDO catalog for Global Mgt. Team, where MK’s from Mickey Mouse Club are trotted for their media debut and On-Air Prog’mg Reinforcement. Note the set design, color coding, and occult references on these shows – this is before being put into rotation among Disney-owned media platforms…

Prez. Obama Who’s Team Are You On? Who Are Your Masters?