ITK7: How much is in the bin indeed? How deep does the rabbit hole go? How many corporate-controlled media platforms are presenting (abusing) human robots w/programmed personas (ALTERS) for our amusement? From Hollywood, Music, Military, Academia, Science, Sports and even the culinary world (Rachel Ray) — we’ve been DECEIVED! Gordan Ramsay is the bombastic, irreverent, manic perfectionist face of (at one time) $118M global culinary empire , mesmerizing audiences w/acerbic whit and trademark tirades directed at restaurant owners, chefs & cooks worldwide. The “character” is a cross between MK’d Robin Williams and 33rd Degree Mason Simon Cowell of American Idol/Britain’s Got Talent

“I Was A Crazy Psycho” — Gordon Ramsay

Gordon’s upbringing caused him to witness a physically abusive, alcoholic father beat his mother, so severely and often, he stated “she had to wear sunglasses during winter.” Younger brother Ronnie self-medicated w/heroin to deal w/family trauma, at points threatening to  kill older brother Gordon and family if he didn’t give him money article here and here

Abridged from Daily Mail: “Over the next 12 years they built an impressive empire, with restaurants in Europe, Asia, Middle East, Australia and US. With success came tremendous riches including apartment in Mount Street, Mayfair, for Mr Hutcheson and his wife Greta, and a sprawling family home in Battersea, South-West London, for Ramsay and Tana. The two business partners spoke dozens of times a day; played squash and ran marathons but, above all, they protected each other. Even when Ramsay was accused of cheating on Tana, 37, with a long- term mistress, Sarah Symonds, he could count on his father-in-law’s support. In fact, it was Hutcheson who allegedly guided his daughter’s decision to stay with the marriage…

DM: The couple have four children, Megan, 12, twins, Jack and Holly, and eight-year-old Tilly. He says: “This marriage of Gordon and Tana was a marriage of three. We were a package. It was my job to protect that brand….

DM: “Gordon is a very strange character. I have dealt with his BREAKDOWNS for a number of years. He has had a number of them. I have had him sat in front of me bursting into tears. Gordon doesn’t make friends, doesn’t keep friends. He brings in the LA lot, the Beckham’s of this world, but they aren’t real friends. I was his great mate who saved him from so many holes it is untrue…”

DM: “Gordon is like Pinocchio [Disney reference]. He is a very attractive puppet, and kids love him. He is painted nice colours, has a big nose which is funny, and is full of charisma. After a while, though, Pinocchio [Disney reference] decides that he is what the show is all about. He doesn’t need a puppet master, so he cuts the strings and he falls down in a heap. That is what it is all about…”

DM: Mr Hutcheson and Ramsay share an equally fiery temperament, making an already difficult situation turn relations between the two families increasingly bitter. “‘It was only two months ago Tana came to see me and said, “Dad, what are we going to do with Gordon? I need to have my Gordon back, he has become a monster…” “She was saying that his behavior had become completely unacceptable. This is his wife talking. SHE SAID SHE COULDN’T CONTROL HIM…” “My biggest wish now is to have my daughter back. If I was to say anything to Gordon now it would be, “Let my daughter go. Let her come back to us.” “She has got lovely kids and when she is with the family she is a totally different Tana to the Tana she is with Gordon….“If we were all together and he would come in, SHE WOULD IMMEDIATELY CHANGE and become very abrupt and brittle. HE HAS A CONTROL OVER HER…It is like a Svengali. “It is like a tsunami when he gets going. I have seen people swayed by him. People in kitchens just back down when he gets in a rage. “He is SCHIZOPHRENIC sometimes but I don’t know what makes him like that. I remember asking him if he was on drugs but he denied it. His MOODS SWINGS ARE HUGE. Sometimes he is calm and others he is absolutely MANIC. This is what Tana was talking about. I don’t know what happens behind closed doors but she was very unhappy…”

DM: Mr Hutcheson has now started legal proceedings against GRH[Gordon Ramsay Holdings] for wrongful dismissal. Meanwhile Ramsay has set his sights on America. Mr Hutcheson says: “He sees it as his new frontier. My daughter sees the celebrity status she has enjoyed with Gordon, that protects her from the banalities of life. She wants to go out to America with him. Gordon has become warped by the celebrity lifestyle. The word ‘NO’ doesn’t come across him often. He is used to private jets, big hotel suites. Gordon thinks this is normal…” (full article here)

Ramsey Father-In-Law Not So Secret Family

Lamb Sauce Request — as if calling for air support during battle…

Gordon Ramsay “Get Out!”  Commands 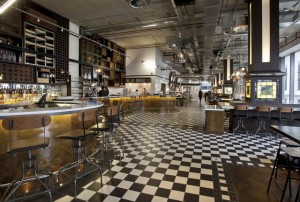 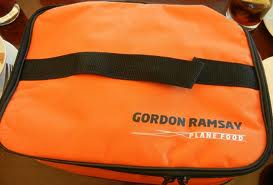 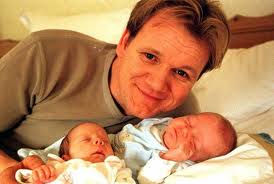 INTERNATIONAL TRAVEL — has always given Mind Kontrolle slaves perfect cover for their standard roles as couriers of coded Intel to GMT power players, and as drug mules and of course participate in scheduled rituals. Ramsay’s global restaurant empire stretches from UK, to US, Dubai & Tokyo, there’s no telling where he may be dispatched…

The culinary series does reveal some horrifying conditions, particularly for so-called “fine dining” establishments charging top dollar for uncooked, overcooked, rotten, moldy, improperly stored food. One can only hope this doesn’t represent the average restaurant owners attitude — Lazy, arrogant, incompetent and greedy. These conditions seem to justify Ramsay’s profane rants, generated by his deep passion for all things culinary, but all we’re really seeing is another Mind Kontrolle Slave switching ALTERS on auto-pilot for ratings (mass distraction) and mega profits…

(School of Americas aka School of Dictators)